I think it best I preface this with some definitions otherwise someone will revolt.

This was the state of socialism in the wake of the Great War. Just hand the fly a pitchfork and a fly sized pen to write itself a manifesto for a truly revolutionary piece of work. War in the trenches came to the negotiating table in Zimmerwald, Kienthal and Stockholm as a divided ideology sought to strengthen a divided continent without the future leading to new class divisions… Easy squeezy lemon peasy right? Well someone clearly didn’t pay attention to leftist politics. “Do we reform or do we revolt to end this war?” “whose war is it?” “Does this mustache make my face look fat?” With all these questions hinting at revolution and further violence, no wonder the Zimmerwald Movement and the ISC weren’t favourites of the reformists who gave birth to them. Lets us see what painted this century scarlet and debate ourselves if you really can fight a fight… with more fights…

The Zimmerwald Movement is essentially an umbrella term for a series of conferences and the actions of the resolutions which followed them taking place in Switzerland from 1915-1917. Organised by the ISC, delegates of non-militant socialist parties from countries considered neutral had split from the national syndicalists of the ISB to discuss how they could prevent any more proletariat soldiers dying at the hands of their bosses. Despite the controversial support for war credits by ISB

delegates in their own countries the conference’s organiser, Oddino Morgariwho was editor of Avanti! at the time, along with the Italian SDP took to inviting not just those on the Left. This may have burst Lenin and his post first conference-revolutionary multi-national faction’s, The Zimmerwald Left’s, bubble but as you will come to see, bubbles once popped will form an enveloping film. Unfortunately for the Zimmerwald Movement as a whole, even with the entire socialist spectrum present, the job of knocking the war on its muddy head was made more difficult by the very controversy behind the elected war credits.

Even before the conferences had served as the tabletop battleground, SDP’s had been at arms within themselves. French and German workers had had to resort to illegal leafleting and rather right wing views on patriotism to have their voices heard while the Dutch had seen a schism between the SDP and the SDAP over war mobilization.

Delegates at the ISC’s conferences could and did vote unanimously because they saw peace as more important than personal feelings however they could not speak on unanimous terms for their countries or even their own parties. This is not to say they shared as affectionate bond as outsiders for they did have their squabbles seeing as each had their own resolutions which had to be presented to the ISC for consideration into the final manifesto. Cross-national discussions were fairly cordial within the movement as the idea of internationalism was a popular keyword on everyone’s lips. In order to take on the bourgeois who were working together to suppress their workers with warfare, so must the socialist work together to take on the larger conflict at hand. The movement exemplified this as unlikely comrades came together to denounce the imperialist war described as not being theirs, or so it was declared jointly by the German and French delegates. However as the war progressed and the proletariat became more disillusioned, the delegates became more forward. The Franco-German agreement that a peace should be sought without annexation or economic incorporation based upon the self determination of those involved soon went down the drain at the Kienthal conference in 1916.

Following some of the bloodiest battles fought on French soil, it is no wonder why French delegate and teacher Pierre Brizon had had enough. He opened the Kienthal conference with his undying duty to internationalism but… (and as we all know, ‘but’ is a great way to break bad news.) that the German delegates must implore Kaiser Wilhelm to accept the offer of exchanging once French territory, Alsace-Lorraine, for the French colony of Madagascar and to remove hostile troops from his country. Imagine if you had just been told to risk your party’s future to resolve something you see as irrelevant to peace and and a conflict you feel is not your fault, you’d assault the guy wouldn’t you? Well that exactly what the German delegation did! twice in fact, once on each occasion! This was a sign that the national syndicalism barred from the first conference was seeping in and was also unknowingly the foot in the door for the Zimmerwald Left. It was Brizon’s draft for the manifesto which made the final cut and found its way to paving the conclusive Stockholm conference in 1917, months before the Bolsheviks came to power in Russia.

Brizon concluded at Kienthal that while imperialism existed, so would the war. The socialists could push for peace negotiations but unless the proletariat took it upon themselves to influence the powers that be by removing bourgeois politics and dismantling private property, no progress could be made. This was significant for the Zimmerwald Left and was a key victory for them at the epilogue of the Stockholm conference as it meant that a bourgeois peace was no peace at all. Without socialist intervention, a bourgeois peace would only serve to legitimise executive power over the proletariat and dampen any chances of them forming socialist republics. This is why Pope Benedict XV’s claim that he “spoke the language of Zimmerwald” in an exclusive with Avanti! was not picked up by other neutral papers and how easy Lenin found it to pass his Decree on Peace once he took power.  Whilst another member of the Zimmerwald Left known as the infamous Leon Trotsky had also used the term

‘internationalism’, unlike Brizon or Lenin, his definition took the middle ground. This is what he called “a peace without indemnities or annexations, a peace without conquerors or conquered” and meant that the bourgeois should have no say over such negotiations but the fate of socialism should not be the cost of such a future. Trotsky’s ‘don’t risk it for a chocolate biscuit’ mantra may have won the unanimous support of the second conference in Kienthal but the cookie always crumbles.

The problem with taking the middle ground in any political discussion let alone one with a room full of sweaty, literally red faced socialists is that in order for it to fit everyone’s expectations, you have to chop pieces off your argument considered considerable to some. What was he to do? on the one hand you had other Russian delegates like Viktor Chernov unhappy with the lack of both Tsarist denouncement and mention of agrarian socialism (a big part of the Russian economy). On the other hand you had the Italians and Morgari concerned that the French weren’t excluded from the blame game as while the Germans are the traditional scapegoat, taking them out of the equation still leaves a blameless player. The final straw came for the Bolsheviks within the Zimmerwald Left as the Russian Revolution drew near for Trotsky and his Menshevik’s middle ground approach. In having ministers in Kerensky’s socialist media banning, military capitalist punishment reinstating provisional government doesn’t look good on the old resume if Lenin were your employer. The mensheviks were safe from expulsion from the movement as many of the delegates were too ill informed on the situation in Russia to vote unanimously but this didn’t stop their existence from being made illegal in 1921 after the Kronstadt Uprising.

After it was all said and done, a verdict was reached with contributions across all three conferences within respect to the bloodshed flooding Europe. The peacemaking processes of the bourgeois and the critical ISB were to be condemned. The workers being lead to the slaughter should be turned around to face their governments and encouraged to wring the imperialism out of them until they bleed like a Socialist Republic. This did indeed happen from what we know of Russian history alongside lesser known Socialist usurpations like that of the Finnish Civil War of 1918-1919, the German November Revolution and the Hungarian Revolution of 1919 but to what extent can the Zimmerwald Movement be given credit? And how significant was it generally?

Well from what I’ve researched, the Zimmerwald Movement as a whole was the developmental and experimental stage of something much larger to come. Of course this stage broke bridges within parties, the Zimmerwald Left and the movement itself. However the breaking points themselves had been simmering amongst the Socialist stew for a while and would have just been revealed once ruling Socialist began exploring their own peace policies. Willie Thompson’s 1989 review of R Craig Nation’s War on War: Lenin, The Zimmerwald Left and the origins of communist internationalism put it as we have to see the Bolshevik revolution as a projection of the Zimmerwald strategy and not just a Russian affair. Like how today South Korean and American forces simulate conflict with the DPRK in training exercises without 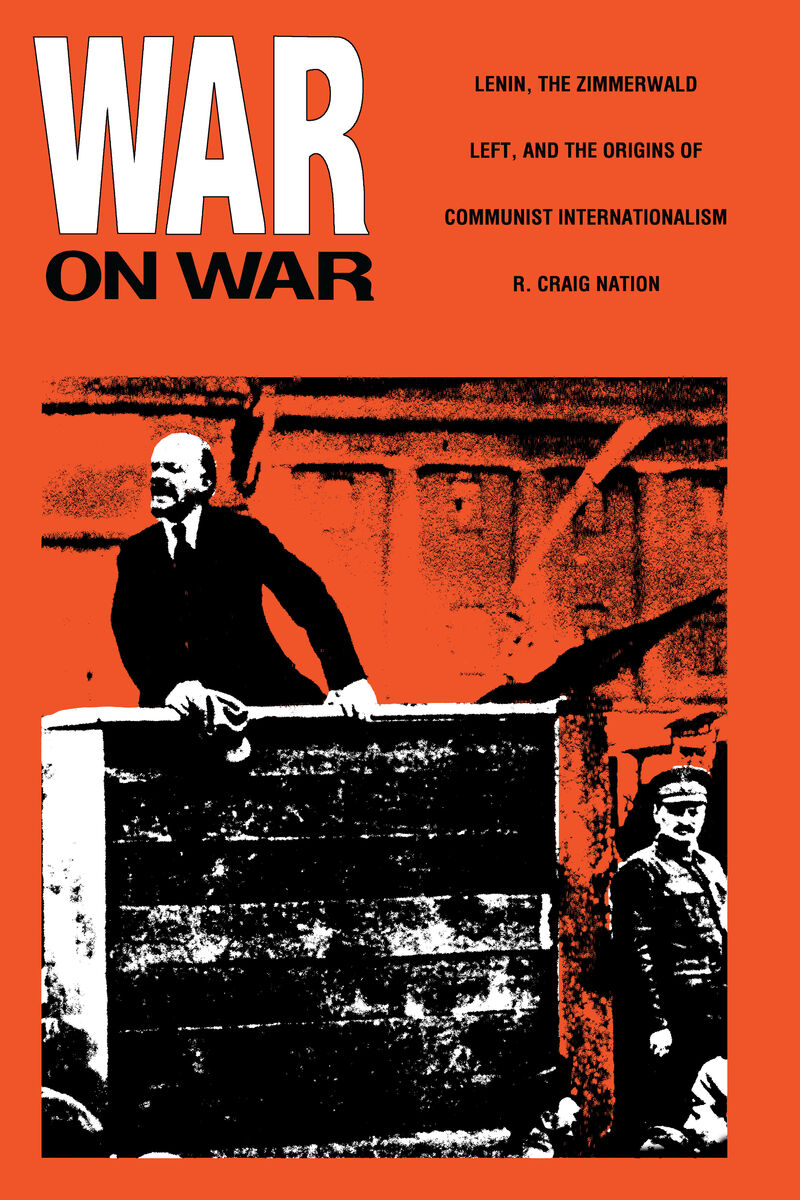 reaching an agreeable solution to nuetralise the nuclear threat. We can thank the movement for the groundwork but for socialism to have taken place where it did, it needed years of weak tsarist rule and meticulous planning by Bolshevik minds. Robert D Warth reviewing the same work goes on to say that only Marxist connoisseurs would have remember the Zimmerwald Movement if the Tsar had survived the war. This is suggestive of the unrest following the conferences as being more progressive and thereby more publicly noteworthy than the resolutions argued over in those Swiss hotels.

Where this movement did strive and something Warth picked up on is that the conferences brought out the rhetoric of the most influential anti-imperialist empire in history. Think of it as if you were refining an essay… ready for nation building rather than marking. The conferences were an excellent think tank for Lenin who could pick and choose the ideas that appealed to him even if they were not all put into practice. This is reflected in Swiss historian Julia Richers’ remark that “the Zimmerwald Conference was the founding mythos of the Soviet Union” and by the fact that Zimmerwald is the only Swiss village named locally on Soviet maps. The movement may have made minimal impact globally and to those of us who aren’t planning on seizing Petrograd’s means of production  anytime soon but it meant everything developmentally to those of whom could bring change. See? that’s what you get when you bring Socialism to the dinner table: sweaty facial hair, an assaulted Frenchman and an equally fun Soviet regime.